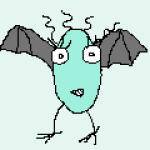 The Federal Polytechnic, Bida was established by law. It was founded in response to the recognition by the Federal Government that Nigeria is in dire need of technological resources, and the empowerment of the citizens to meet the demands of the age.

The institution believes in and is firmly committed to a functioning philosophy of education. In consonance with the National Policy on Education, the Polytechnic has clearly stipulated objectives, the development and training of manpower are the first. The second is research for developing and adapting appropriate techniques to problem-solving, and the third is service to the immediate and larger society.

The edict formally establishing the Federal Polytechnic, Bida is Decree No. 33 of 1979(Now the Federal Act of 1990 and other legal documents. Originally the institution was known as the Federal College of Technology, Kano. She was instituted on March 1 1997.

Following the Federal Government’s decision to transfer the college, she finally moved to Bida on July 27, 1977. The College before 1979 was known as Bida College of Technology. She was temporarily accommodated at the Government Technical School, Eyagi and later on moved to temporary facilities along Mokwa Road, Bida.

The inability of the institution to meet the accreditation requirements of the National Board for Technical Education (NBTE) in the 1985/1986 accreditation exercise led to painful discontinuation, especially at the Higher National Diploma level of more courses such as Mechanical Engineering.

It is a thing of joy and pride that by the end of 1993/1994 sessions most of the courses discontinued had been reaccredited by the NBTE and new programmes approved. As of today, all programmes are accredited.

At the start of 1981/82 sessions, the Polytechnic was structured into four faculties each with a cluster of departments. A Dean headed each faculty. The faculty structure which was to facilitate the management of the academic affairs of the institution was replaced by the school system in 1984. Each of the existing schools is now headed by a Dean.

There are five schools and ten directorates. These are:

The School of Preliminary Studies has existed since the early 1980s. Its establishment was to assist unqualified candidates from educationally disadvantaged states of the Federation and catchment areas of the Polytechnic to remedy their deficiencies. Thereafter, such students could be registered as diploma programmers.

The internal management of the Polytechnic has indeed followed more progress along traditional lines (See Organization Chart); most decisions of importance are usually arrived at through dialogues, consultation and committee system. The Academic Board has statutory responsibility for the management and direction of the academic work of the Polytechnic.

The ultimate responsibility for the proper management of the institution rests with the Governing Council. The Rector is the Chief Academic as well as Administrative Officer. The Rector is assisted by a Deputy Rector and is appointed by a Council for a term of two years, on the recommendation of Rector. Apart from the five academic Deans of schools, there are other major management (and units) whose functions are directed by appropriate personnel so appointment These are the Rectory, the Registry, the Library, the Medical Centre, the Physical Planning and Development, and Works and Engineering Services. Departments are also prominent segments of the Institution.

Like our Facebook page and turn on notifications to be the first to receive the latest updates on campus.

Thank you for your time and have a nice day.